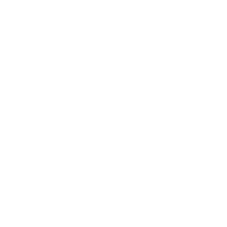 The movements resonate with each other and forge relationships, but these relationships never crush nor cancel each body’s unique nature, its open inventiveness.

Ply’s starting point was the collaboration that took place between Yuval Pick and Ashley Fure in 2014. In 2016, Yuval Pick revisited the piece by reorganizing its dynamic. With a new cast and a fresh take on the sound’s punctuation by the movement, he further reveals the musicality and the humanity of the piece.

As he did in both No play hero (2012) and loom (2014), in Ply Yuval Pick continues his exploration of movement to contemporary American music: he strips down its many layers, deconstructing them in order to re-deploy their essential structures… Having distilled this process down to a sort of pure choreographic “marrow,” he now begins classifying movement according to new configurations, moving them in mirror patterns, transferring them from one dancer to another, reversing their directions, exposing them to continual variation, in which they will be executed in different rhythms or from different points of view.

The duet loom was organized according to two principal polarities: breathing in and out, giving and receiving. In Ply, these movements originating at the body’s core, are extended to the very edges of the kinesphere (the space around the body that can be reached with fully extended arms or legs). The exchange between two individuals opens out into a wider space, with more complex movements, also expanding to include five dancers.

As in No play hero and loom, Ply was created to American music. But in this case the collaboration between Yuval Pick and composer Ashley Fure was conceived as if it were a score for four hands. Working from the blank page of the empty stage, the two artists invented a movement and sound lab, each proposing material that would be organized in various strata or layers, all of which would communicate with each other, through their analogies as well as through their counterpoints and tensions. The space between the dancers in Ply and the silences in Ashley Fure’s music are very important in the work: the dance and the acoustic composition are almost in danger here, to the point of rupture or a fall.

Ply begins with several “grains” of music, with the dispersed solitude of dancers moving, each in his or her own space. These grains begin to multiply, combine, extend... the bodies of the dancers begin to brush against each other, making them aware of each other, and prolonging their respective movements. Next, a few couples, then a group, begin discreetly echoing, furtively exchanging shapes, linking to each other in fragmentary attempts.

At the individual as well as at the collective level, Yuval Pick creates onstage obstacles to uniformity, seeking other ways of being together, so that when there is indeed a unified form, this neither here-nor-there of relationships plays out in bursts, starts, oscillations, irregular movements... the movements resonate with each other and forge relationships that neither crush nor cancel the uniqueness of each body in the space, its open inventiveness.

Through dance, Ply asks an important question: how to create common spaces; how to create a group without losing either one’s individuality or subjectivity.

“Meanwhile, from Rillieux to Créteil, Yuval Pick introduces with the American composer Ashley Fure Ply, a creation for 5 dancers, intimate and mineral.”

“Ms. Fure most potently used the idea of physical labor in her electroacoustic contribution to a ballet, “Ply” (2014), commissioned by Ircam and choreographed by Yuval Pick. Here, dancers physically reshaped their own soundscape, carting speakers around the stage. But the music, too, was corporeally related to the action.” 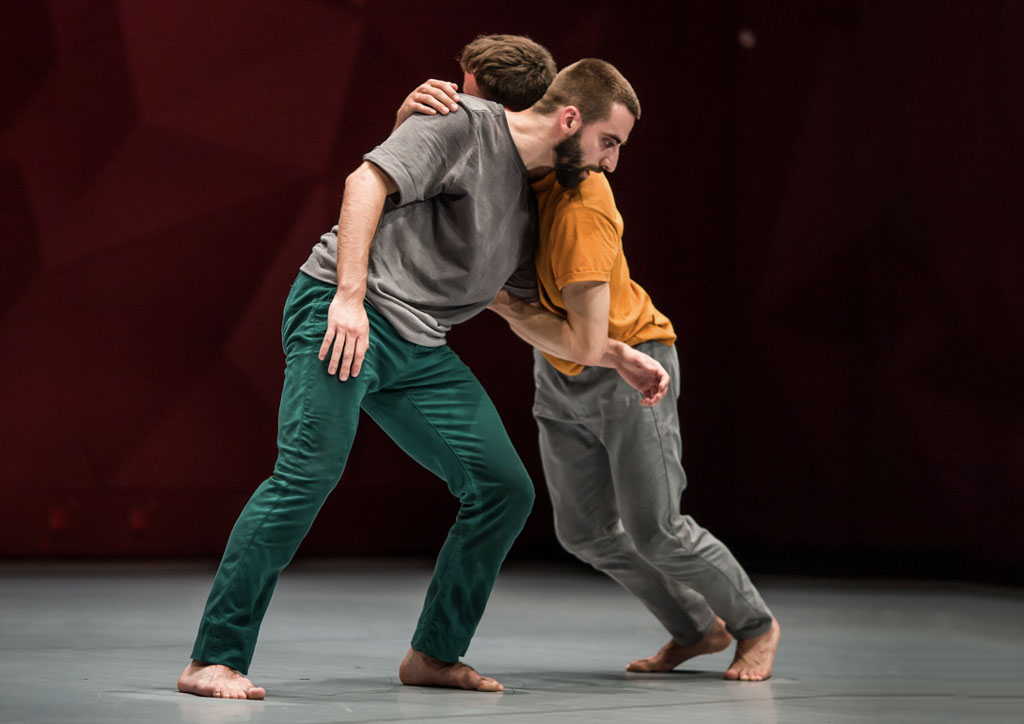 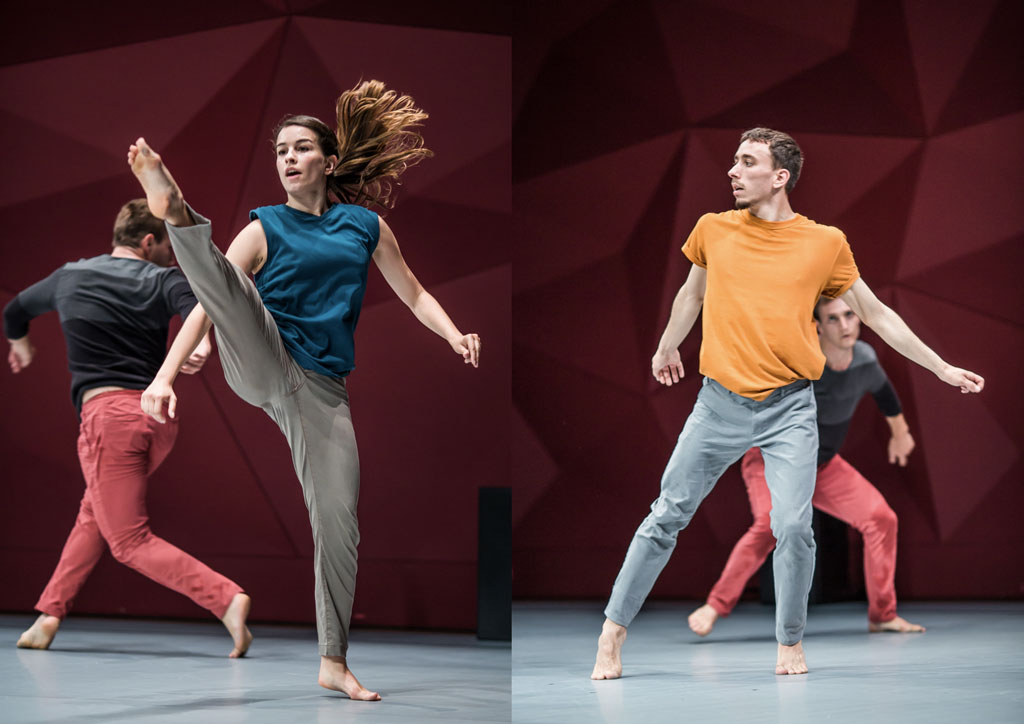 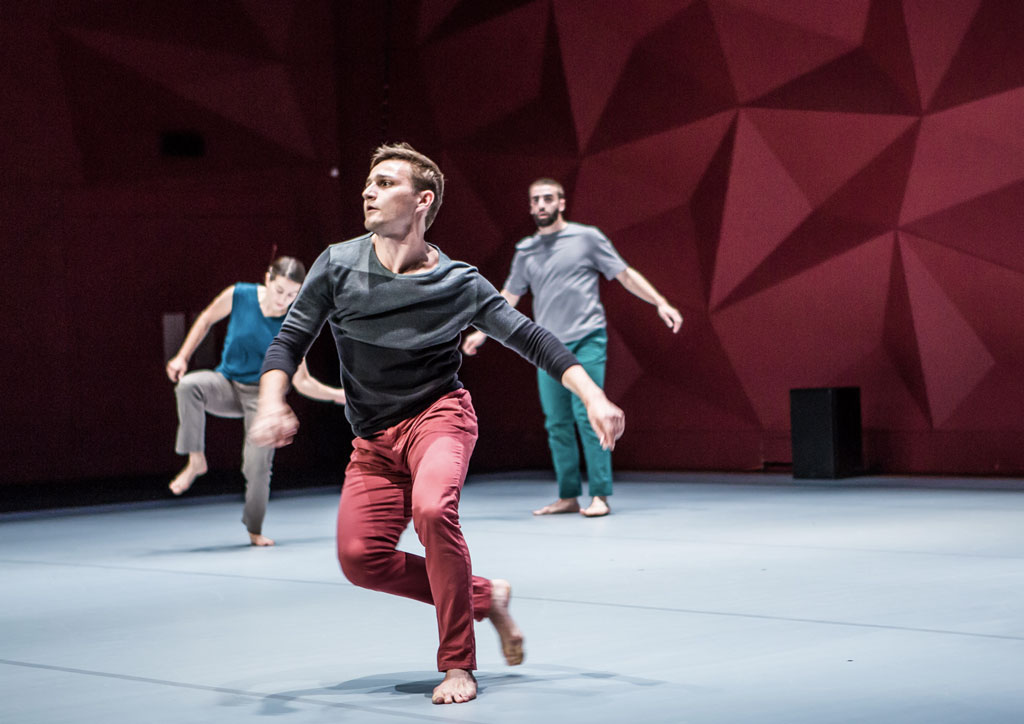